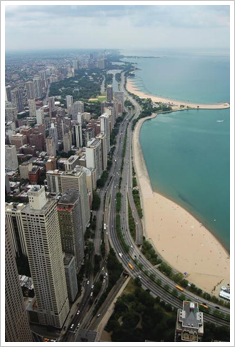 The Global Urban Innovation Center is a policy research organization established in 2001 by the Institute of Urban Sciences. The Center's goals are to critically reflect on existing problem-solving efforts in the world's metropolitan areas, to improve government decision-making and policy implementation, and to promote a greater awareness of the importance of the Seoul Metropolitan region with comparative studies on world cities. The Center fosters interdisciplinary academic exchanges and information-sharing among related institutes around the world. The Center holds conferences, seminars and symposiums both nationally and internationally, such as the Seoul-Tokyo Joint seminar annually, and the National Conference on Urban Sciences. The Center researches on the urban issues in a broad sense and it also operate education programs for the public officials working in the public spheres. The center publishes books and journals as well as other non-periodical research materials in the form of books, brochures, and working papers.

[ SEOUL METROPOLITAN FORA (SMF) ]
The Seoul Metropolitan FORA is the University’s extramural program on urban affairs and studies, created to facilitate an exchange of ideas and experiences among scholars, professionals and students through both discussion and exhibition. The FORA represents the University's strong commitment to the enrichment global urbanism, the source of many challenges in the modern world. It is hosted by the University biannually in Seoul, and each time focuses on a single issue of importance facing the world’s largest cities. December 1996: “Cities in a Time for Paradigm Shift” May 1998: “Urban Competitiveness and Sustainable Development: the Future of East Asian Cities” October 2000: “Rivers in the Metropolis” December 2002: “The Compact City, a Sustainable Urban Model for Seoul?”